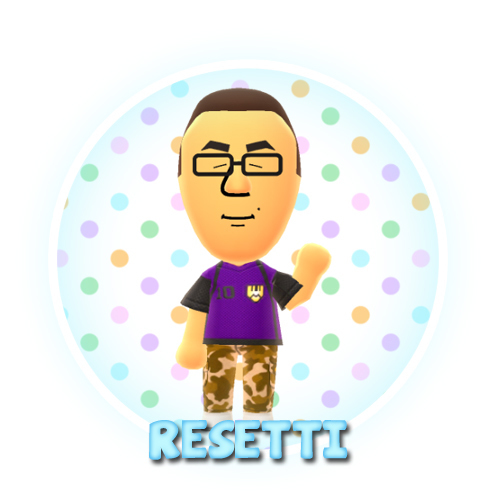 Resetti is originally from San Antonio, TX. His favorite games are FreQuency and Amplitude! These days you can find him gaming on FFXI mostly but he also squeezes in offline games when he gets the opportunity. Two interesting facts about Resetti is that he is an Air Force veteran and a euphonium player! In his spare time, which is not much time at all, you will usually find him playing with his son Robert or sleeping.