My husband surprised me with this Days Gone art book to inspire me to continue creating art. It has definitely done that! 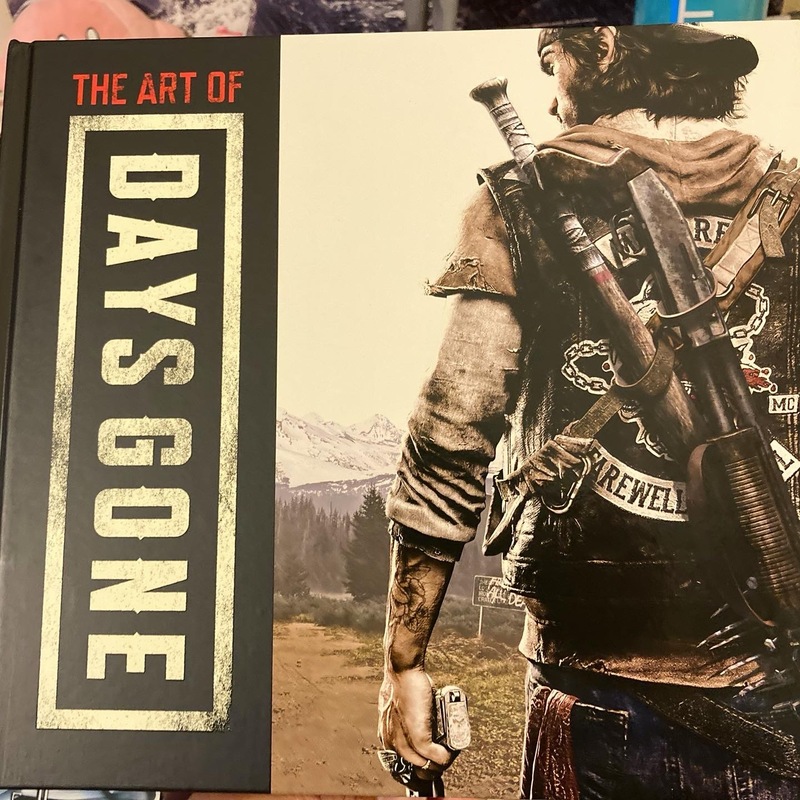 In addition to being one of the best designed books and art books I’ve ever laid eyes on, this book is both thorough and informative! It’s completely stunning for the art itself but the layout of each page becomes a new art piece in itself. It’s quite literally a visual masterpiece. I’m learning so much about Days Gone with the notes this art book contains. And, the way this book is designed makes it even more amazing to view. Completely outstanding! I can’t give enough praise to the designer for making this book look and feel complete and for putting as much effort into it that was put into the game. Brilliant!

Gift from my husband. Thanks Char!

My latest figure in my collection! (Thanks to my husband Resetti for surprising me with it!)

I'm a pretty huge Days Gone fan and completed the game while also learning how to care for a newborn child. It was a great experience to have time to really sit down and enjoy this game...very slowly! It took me an entire year to beat and I wouldn't change a thing about it. I never wanted this game to end tbh! It's has become an all-time favorite for me and I am so thankful to finally have something special to remember it by. Here's a few more photos...


I also have another figure on pre-order but I'll post pics when I actually get it! 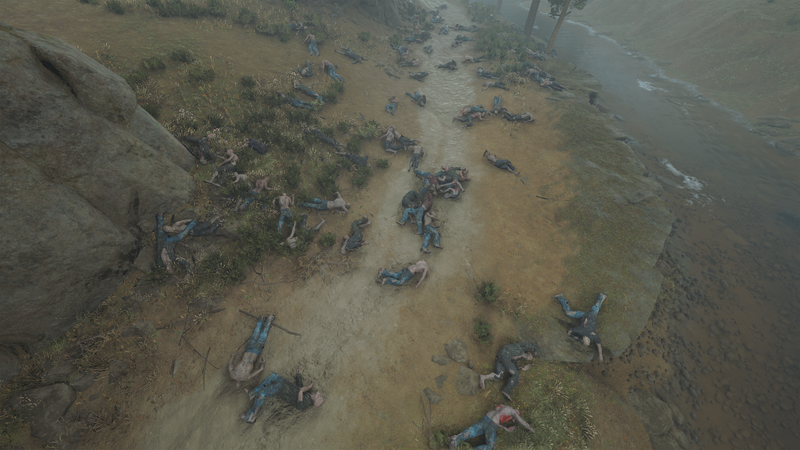 I finally got to the point in the game where I had to face a horde head-on! I actually died twice at 25% before beating it. Third times a charm! I was able to knock the horde out using mostly napalm, molotov cocktails, my gun, and shooting explosive barrels. I did a lot of running too and used distractors as often as I could. For some reason my husband kept talking to me while I was fighting the horde and I couldn't figure out what was so important. Anyway, I'll give a brief (aka long) summary of what I did! 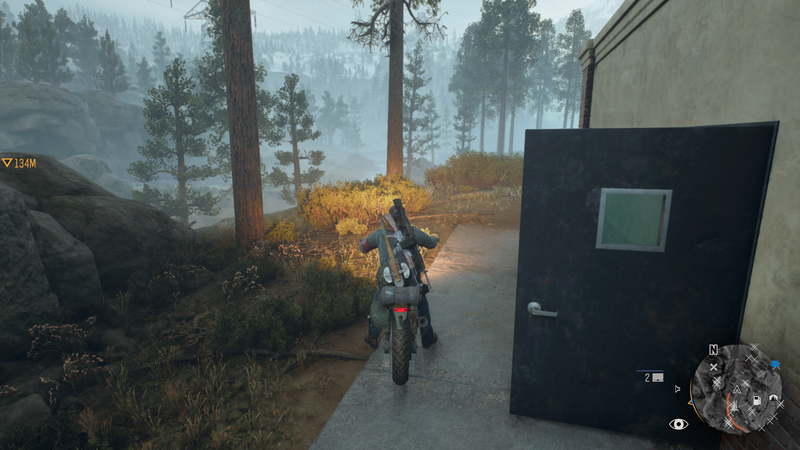 The first thing I did was park my bike in this spot. It seems like the most obvious spot to park the bike after getting the cutscene with Captain Kouri. If I needed to jump back on, it was in a good spot for me to get to.
After dying twice, I was able to get a better sense of where things were. I started out with distractors to attract a portion of the horde but of course, they all came running as soon as the napalm went off. 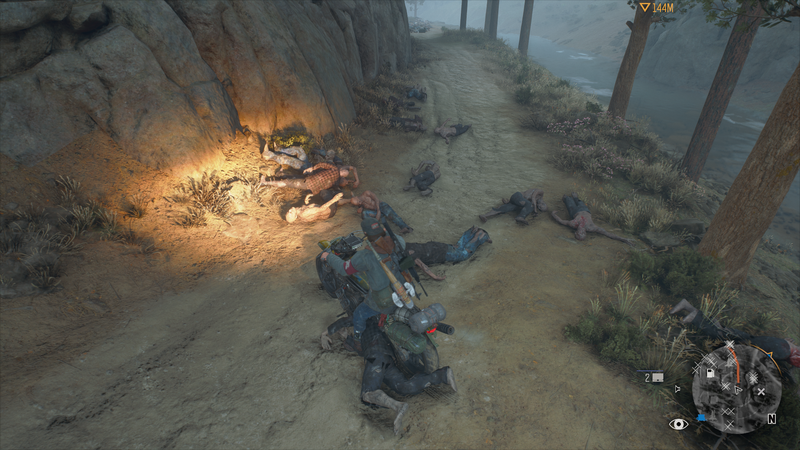 After the napalm hit, I took off running without any stamina boosts unfortunately. Gradually I kept repeating this process utilizing as many of my throwables as I could. I also mostly ran through the big rigs in the area because I was able to climb them which helped when my stamina depleted. The best thing I did was never stop running. I had some close-calls but I kept moving and if I had a good distance between the horde and I, I would pop some health or craft more cocktails/napalm when and where I could. It all went relatively well but let me be the first to say, it had my adrenaline at an all-time high! What a rush! I thought I probably shouldn't be getting that excited or I might need to check my blood pressure. :( I can't recall a more intense in-game battle personally!
The bonus was earning a trophy! 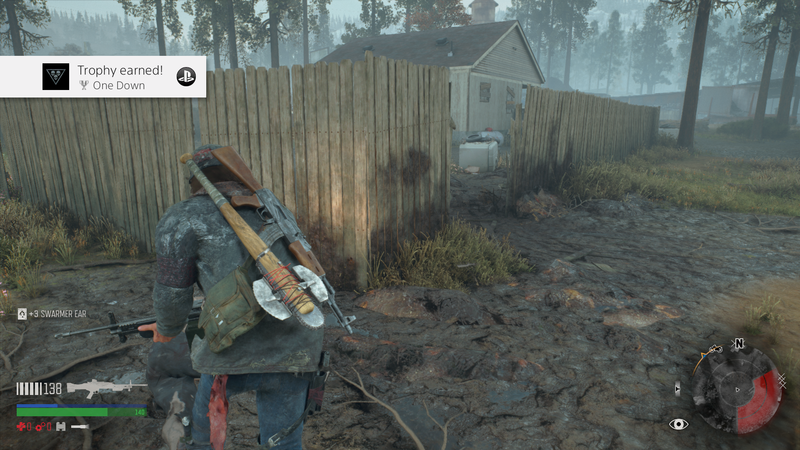 After killing off my first horde, I went to sell the remains. Turned out to be 251 freakers! 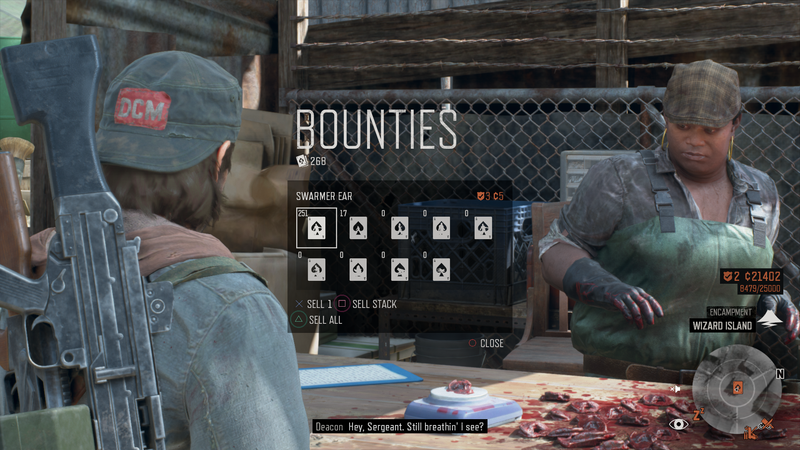 Although I was so relieved and excited to kill my first horde (its been building up to this point), I was actually more shooketh by the progression of the story with Deacon and Sarah! I took a break from this game because I didn't want to actually beat it but I have determined the time has come. I'm going for it! This game is truly shaping up to becoming my all-time favorite game and that's saying A LOT! Stay tuned for more! ~@Peachio 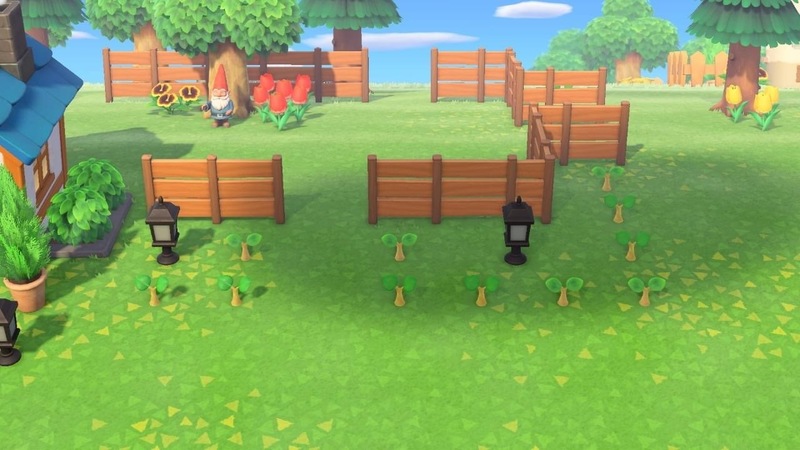 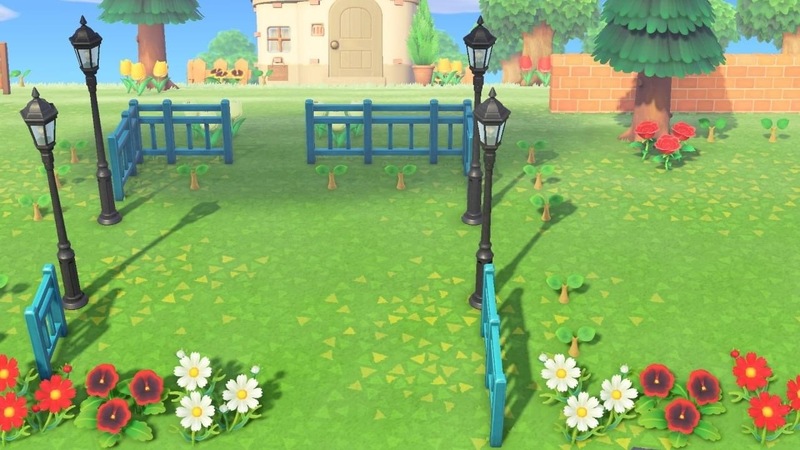 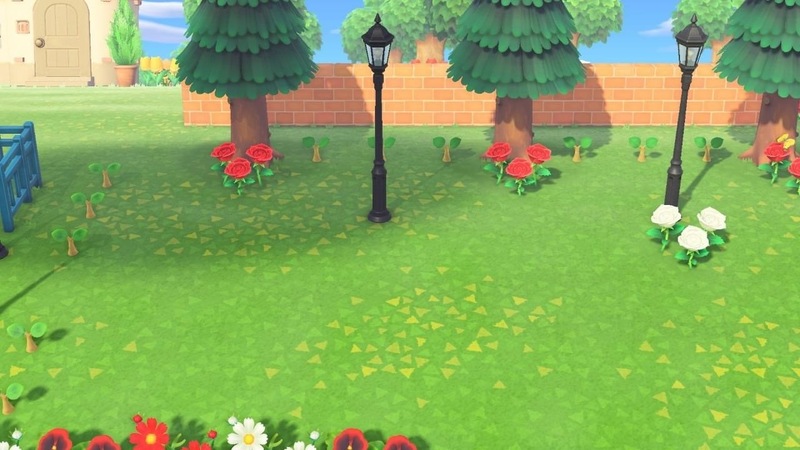 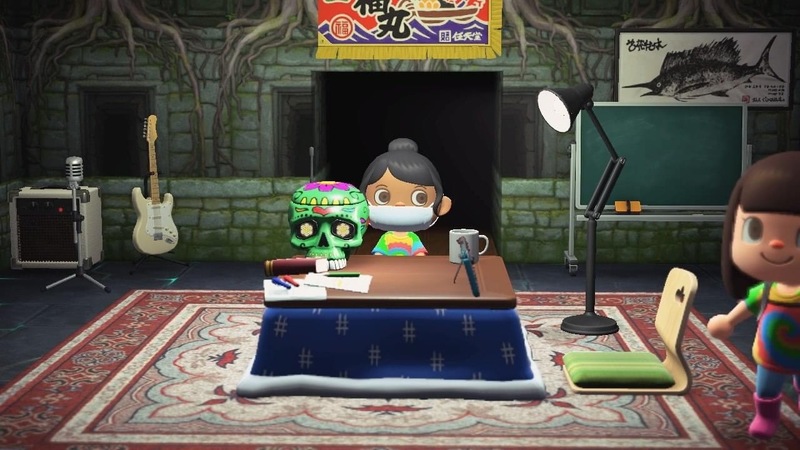 Lastly, I’m getting back into trying to beat Earth Night with mostly epic fails. I’ve also been putting off Days Gone for a number of reasons but I think it’s time to finish it off. I’m close! ~@Peachio
I'm late with making these but I whipped up some nerdy Valentine's tonight. Feel free to use 'em. Share the love and retweet! Hugs & Happy Valentine's Day! 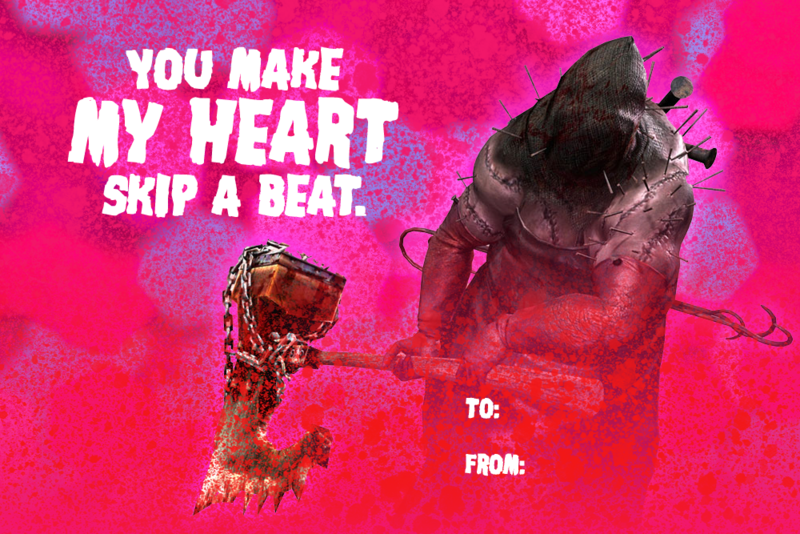 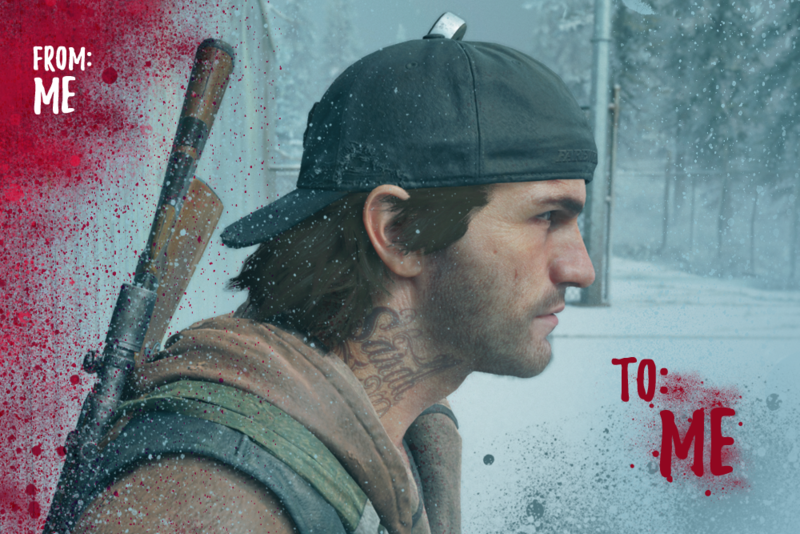 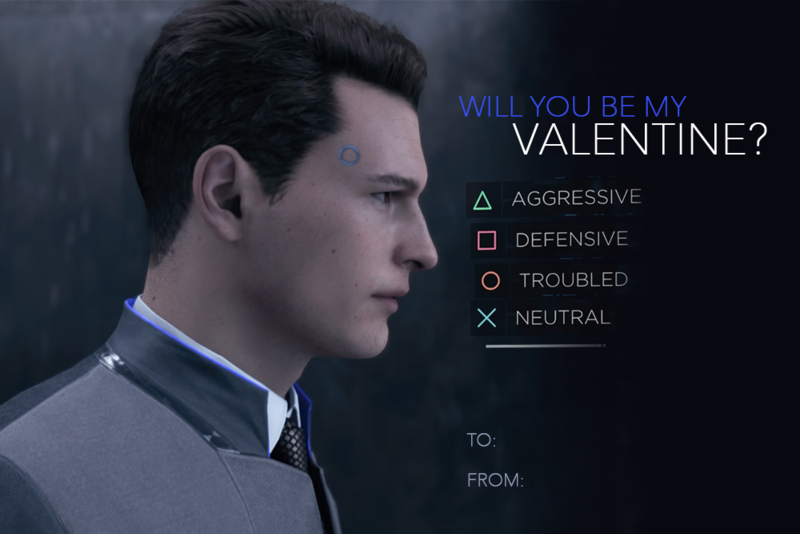 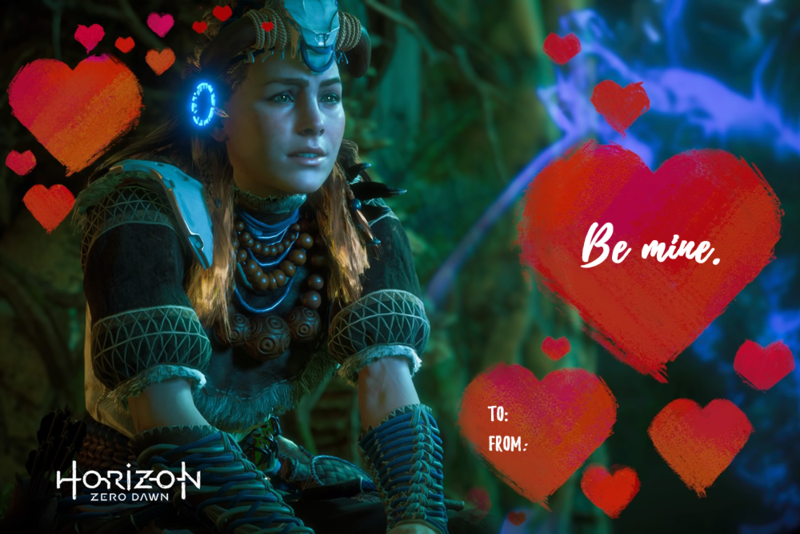