I played Wild Things on easy and it still took me an hour to beat it. I think that’s a new world record for worst run ever. It’s okay tho because I  actually forgot what to do and where to go. Even after beating it I still don’t remember what all I did. Therefore, I have changed my goals for this game.

My initial goal was to play through easy, beat all the levels and “learn” how to play again and then repeat on Normal. However, what I need to do is play and beat every level on easy TWICE, then move on to normal. I did play with Yoko but I think I’m going to cycle through all of the characters to get a better grip on how to play each. Plus, it’s just fun to experience them all individually instead of playing the same character over and over as I restart my Outbreak training. 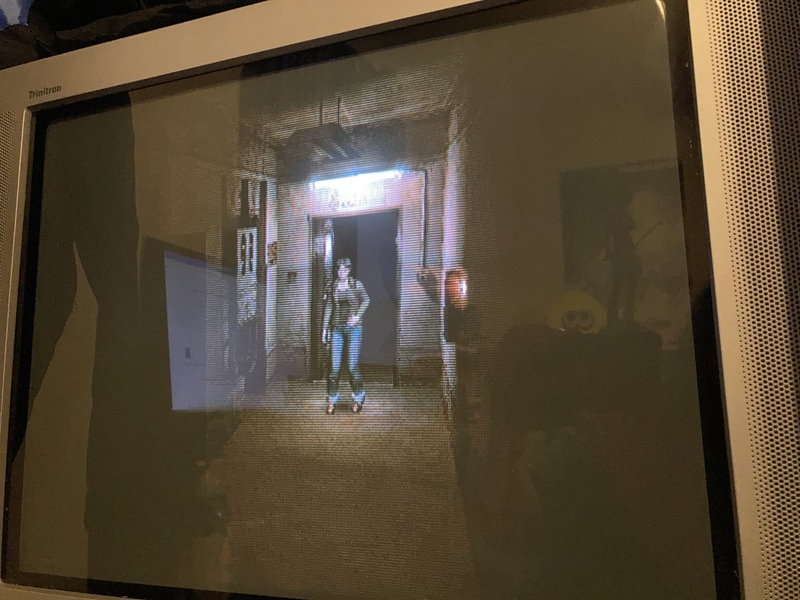 I don’t think I have the courage to join an online game until I learn how to play again and what to do in each level becomes more natural. I’m having fun solo for now tho!

My husband spent so much time putting together my Christmas gift and with the help of a lot of people helped me get my favorite game booted up again and back online. I’m so thankful for this group of people who helped him out of the goodness of their hearts and love for the game. The game I’m referring to is Resident Evil Outbreak File #2 which I first played from its release 15 years ago. I know I just blogged about it but it’s because I couldn’t stop bringing the game up to my husband. Anyhoo, I’m actually playing a Japanese version of the game currently. I used to play all the time. I knew all the tricks, routes, maps, etc. Booting it back up again after 15 years was amazing but I’m now so terrible at the game I can’t even believe I once knew how to play it. I literally wasted an hour of my life playing on easy and still failed horribly. How did I play an hour and achieve only 31% completion? Well, because I’m terrible now as I mentioned. However, I did accidentally make it to the end of Wild Things and faced off with the lion way too early by accident. I almost felt like I could win with the inventory I had but it didn’t work out. It took me so long to even make it to that point. I feel ashamed and embarrassed! Haha. My goal is to play each level on easy to get reacquainted with everything I’m supposed to do plus learn the controls or at least get comfortable with them and then move on to normal and replay everything.

Even though I’m absolutely terrible at this game now, I’m so excited! I was/am still a huge PS2 fan. I didn’t want to give my PS2 up for a PS3. It took a long time for me to make the switch. Now I can relive some of my all-time favorites like Outbreak File #2 and more because my husband hooked me up for Christmas! I also have a few more classics waiting on me to boot up including Fatal Frame II and Clock Tower 3 not to mention Twister Metal: Black just to name a few.

Anyway, I thought I would post my failures/progress in hopes that I can remember more and get better (again) at one of my all-time favorites! It sure does feel good again to play! I mean, I shouldn’t be so hard on myself. I was 21 when I first play this and I’m 36 now and I just can’t hang anymore which is why I’m a retired gamer, haha!

Lastly, keep in mind I tried really hard and still managed to get this terrible score. :( 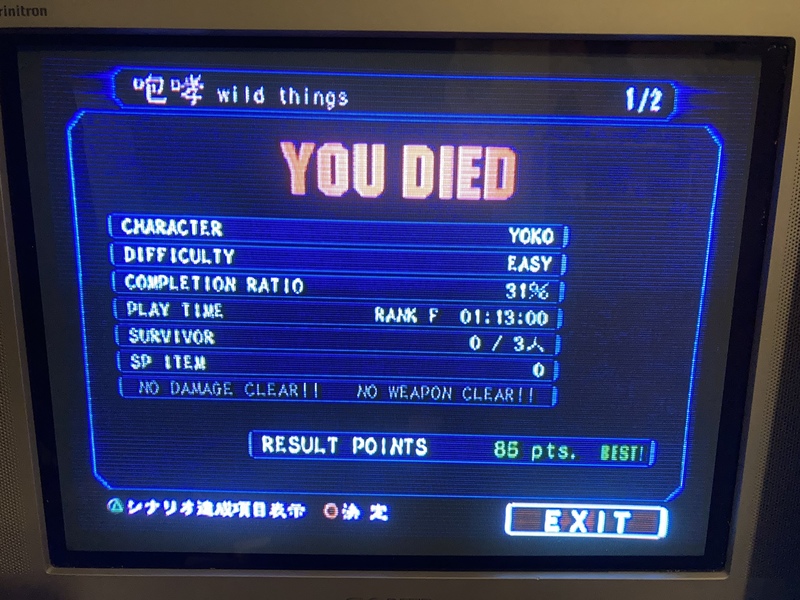 Edit/update!
I picked up on my last save and continued and beat it! I couldn’t go to bed without beating it. And I feel extra idiotic at how much I struggled with the lion initially because I eventually found the rifle and all it took were a few shots and that was it. And, to top it off I let the AI have the rifle so Cindy basically owned the lion for me! Haha. I’m so rusty. But I’m excited because I’m learning how to play all over again and the controls are feeling more natural. 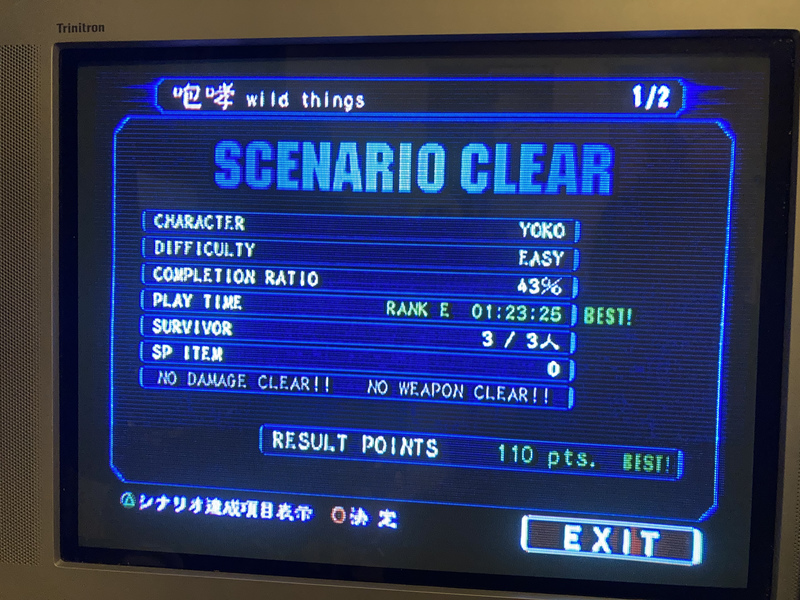 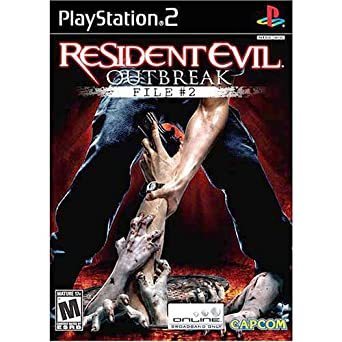 I actually pre-ordered this game and received some promo items for it which are now long gone. I believe it was a canister... and can't remember what else. I did a simple search on it and definitely remember the canister and wish I still had it, but it also came with a face mask!

One of the things I remember most is playing it and having my little nephews watch me play! I'd be playing in my room and they'd come over and come straight into my room and sit and just watch me play... best memories ever! My oldest nephew eventually fell in love with the game too and every other game I was playing at the time on my PS2. Of course, he became better at every game I was playing as well and he was probably a pre-teen at the time. Haha. 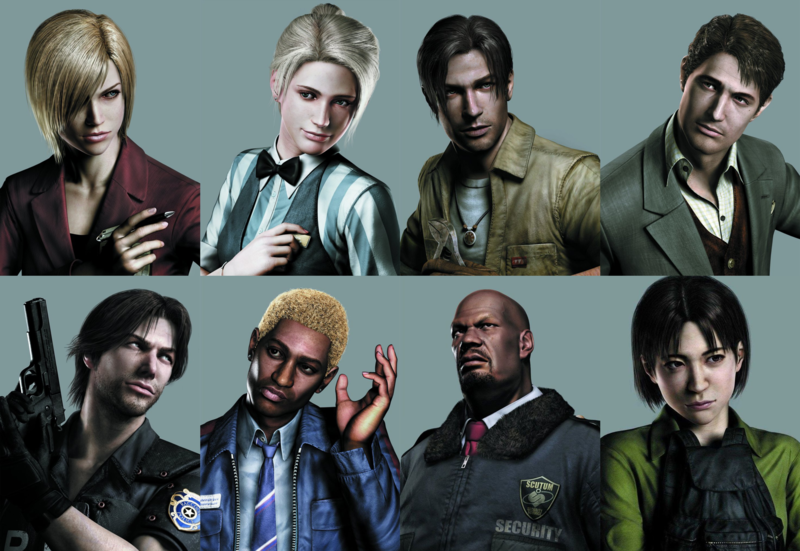 I still look back on these characters and think of how magnificent they look first of all, but also how memorable each and every one of them were! I played with every character but the most memorable to me were Jim because of his voice. We still use his "my bad!" voice in real life to this day and Cindy because I liked to heal. As everyone knows one of the best things you could do in this game was to use the health spray to spray your team mates down ladders over and over while they would try to climb up. I loved something about each character that I think they're all my favorite looking back. It really is hard picking when they all were great!
Just look at 'em! 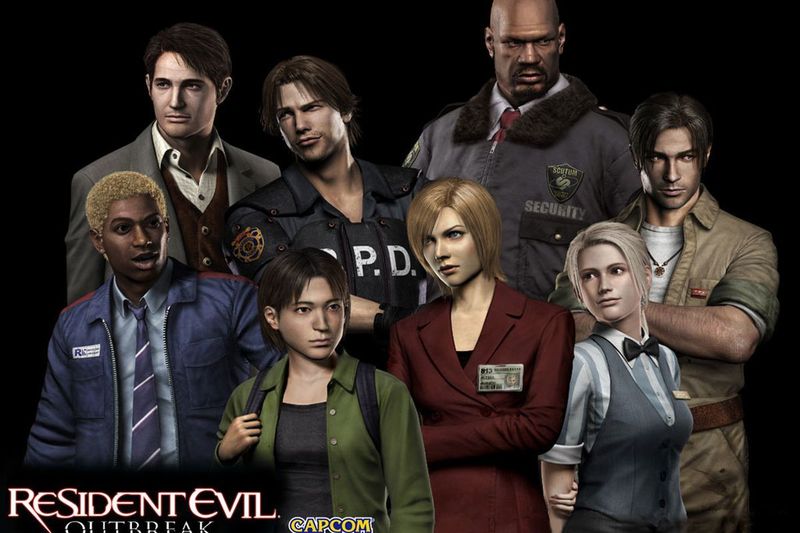 Not pictured were my two other characters that I played with a lot toward the end which were Dorothy and Ms. Water! We just loved her voice (it was the same on both bonus characters.) We also still say "THANS" in real life because of her voice overs. This game is literally one of my all-time favorites. I always think back to it and it brings me back to a good time in my life! I'm so glad I had sense enough at the time with my then-young self to pick it up and play it. I could have easily missed out on its greatness. When we get our game room in order I definitely want to have something dedicated to this game in it!  ~PEACH 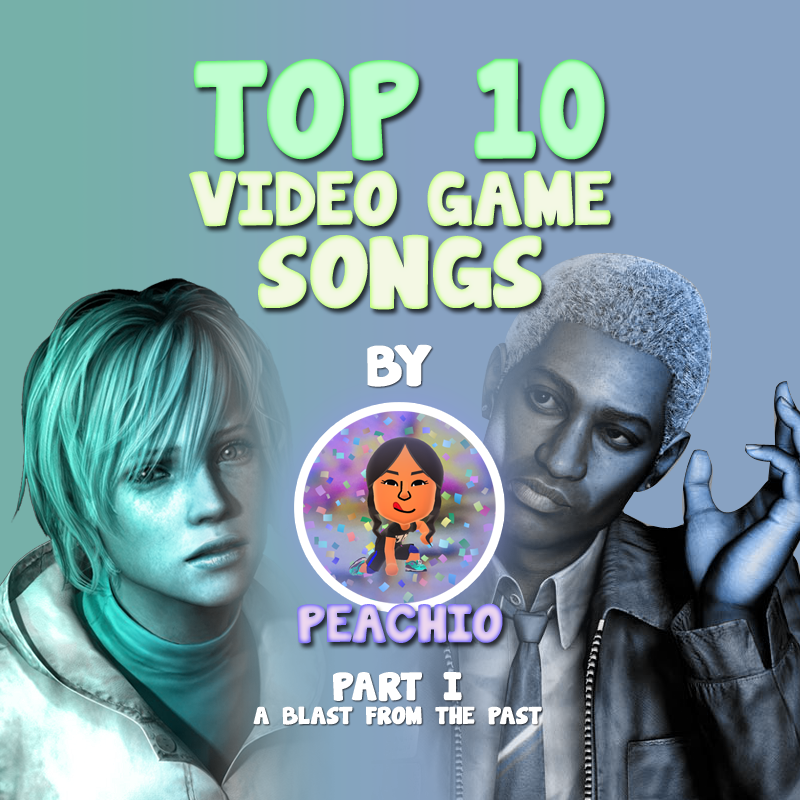 Although this post was a part of my personal blog five years ago, I decided to release this post again on our new blog here at Retired Gamers because these are still my favorite songs to this day. I mention that I wanted to do a Part II below and I will, but for now please enjoy this blast from the past!
Note: While I wish I could have included more, these are my top ten favorite video game songs. I  will make a Part II just to include the rest of the songs that I enjoy from more recent games that I want to share. The purpose of this post is not to say that only my opinion matters, instead it is meant to introduce a whole new world of music to visitors who most likely would never have encountered these songs on their own.
Beyond: Two Souls - Lost Cause
Beck / Ellen Page
>> MOCAP here!

The Last of Us - Theme
Gustavo Santaolalla
>> Live theme here!